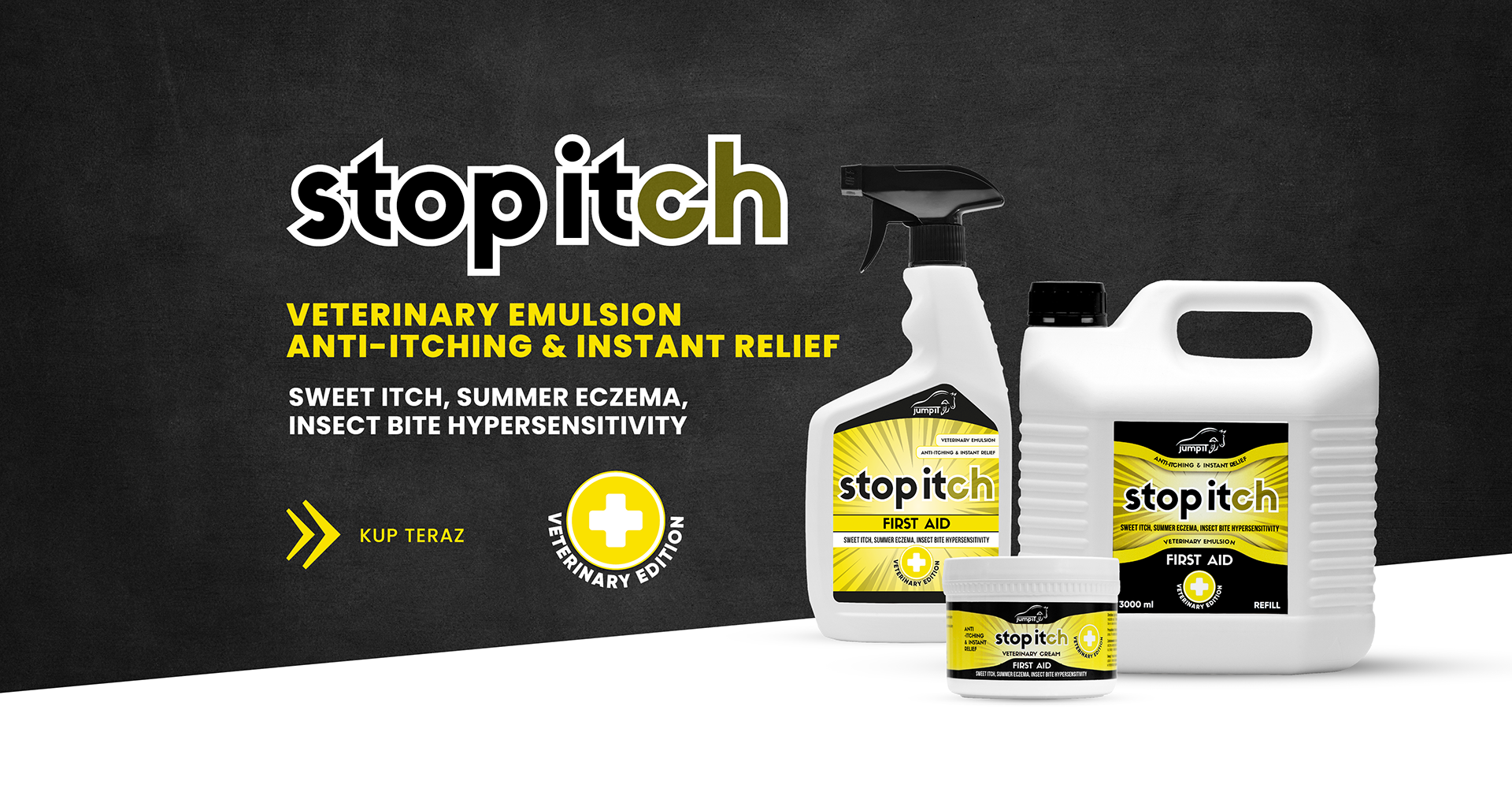 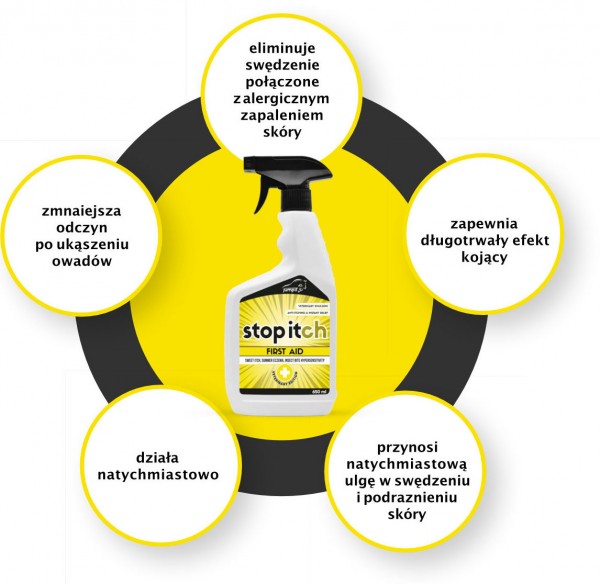 stop itch is a product designed specifically for horses suffering from insect bites hypersensitivity IBH, summer eczema and other contact allergies, as well as helping horses with scabies. Its composition has been designed to eliminate all symptoms that may occur during the response of the autoimmune system in contact with the allergen. Thanks to the combination of 7 active substances in effective concentrations, we have obtained a product with multidirectional action::

Green tea - a compound contained in green tea extract belonging to the catechins, the so-called ECGC, or epicatechin gallate, has the ability to block key cell receptors that cause allergic reactions. The effect of ECGC, confirmed by many studies, is based on the inhibition of the production of histamine (a mediator of inflammatory processes and allergic reaction as well as a neurotransmitter) and immunoglobulin E (IgE), produced by the body after the diagnosis of an allergen - in the case of lipstick, the most common allergens contained in insect saliva. Green tea extract also contains other compounds from the group of catechins and flavonoids that reduce inflammation by suppressing pro-inflammatory cytokines (interleukins 4, 5 and 10) and regulating the Th1 / Th2 cytokine system, thanks to which, if the body has already responded to the presence of an allergen, it is possible to reduction of accompanying symptoms.

Both lavender oil and tea tree oil are considered natural antihistamines. The antiallergic mechanism of their action consists in inhibiting the degranulation of mast cells and reducing the activity of histamine receptors, and thus inhibiting the release of histamine. As a result, skin anaphylaxis, edema reactions and other immediate allergic reactions are stopped and relieved.

Due to the high content of menthol, peppermint oil has a local anesthetic effect by stimulating the sensory nerve endings that conduct thermal stimuli of the skin and mucous membranes, causing a cooling effect on the skin, thanks to which it immediately relieves bites and stings.

All the oils we use also have a repellant effect - they repel insects, and when applied to the skin, they soothe pain and itching, accelerating the healing process of burns and insect bites.

Benzyl benzoate - in our formulation we used one of the most effective antipruritic substances - benzyl benzoate, which is successfully used in antipruritic ointments and in the treatment of scabies and allergies caused by arachnids and flying insects. Benzyl benzoate acts on the nervous system of skin parasites, leading to horse paralysis. In addition, numerous studies confirm its repellant effect on insects such as mosquitoes, ticks and mites, which can cause allergic reactions and inflammation.

The combination of plant extracts of aloe vera and calendula brings immediate relief from pain, itching, irritation and tension of the skin, relieving its redness, swelling and burning. Sesquiterpenes and flavonoids present in marigold extract and enzymes (bradykinase), sterols (cholesterol, campesterol, β-sisosterol and lupeol) and quinones (aloin, emodin) derived from aloe extract show the ability to inhibit COX1 and COX2 enzymes responsible for the production of reaction mediators. inflammation and analgesic, antibacterial and antiviral properties.

The plant extracts we use also provide the skin with many nutrients (vitamins A, C, E, B12, folic acid, choline and many amino acids) and moisturizing (mucopolysaccharides, especially glucomannans).

The addition of d-panthenol and rapeseed oil reduce burning and soothe redness of sensitive skin, as well as accelerate the healing process of minor wounds and damage by stimulating cell division of the epidermis.

To confirm the effectiveness of stop itch, we conducted in-vitro and in-vivo tests.

By conducting in vitro tests, we examined various factors involved in inflammatory mechanisms, with particular emphasis on the regulation of the production of PGE2 (inflammatory mediator).

Prostaglandin E2 (PGE2) is an inflammatory mediator responsible for widening and permeating blood vessels, causing inflammation and redness of the skin. The decrease in PGE2 production directly translates into a reduction in inflammation.

We examined the impact of the stop itch on the production of PGE2 in: 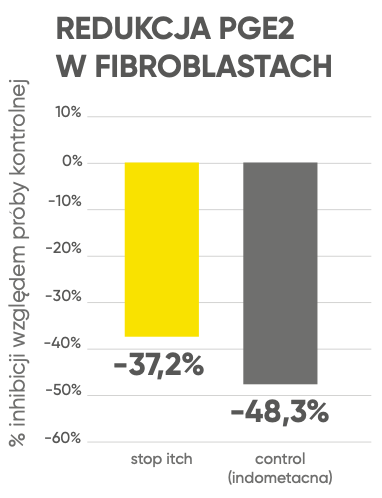 The results of the study show the reduction in the amount of PGE2 in the analyzed cells. The reference point (control) was indomethacin, used as an anti-inflammatory drug.

Like indomethacin, stop itch has been shown to reduce inflammation (PGE2 level). 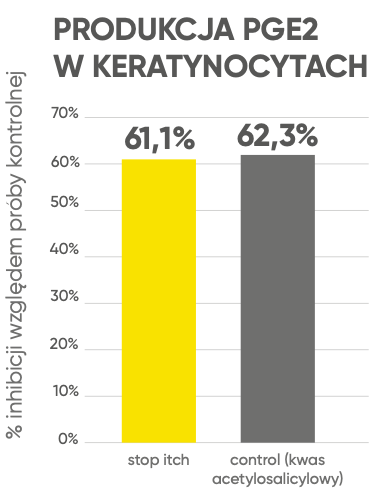 Like acetylsalicylic acid, itch alloy reduced the synthesis of the inflammatory process mediator (PGE2) in the analyzed cells.

ASSESSMENT OF THE AREA OF IRRITATION

The VECTRA-XT system was used to measure the area of skin with irritation. The device takes 6 high-resolution photos, generating a 3D image on their basis, and then the software calculates the inflammatory area in the obtained image.

The test was carried out on the skin of a horse with a strong inflammatory reaction after the application of the warming ointment. The ignited area was measured. stop itch was then applied. The area of inflammation was measured every 10 minutes. Two hours after the first application, stop itch was applied to the inflamed area again and the inflamed area was re-measured every 10 minutes. 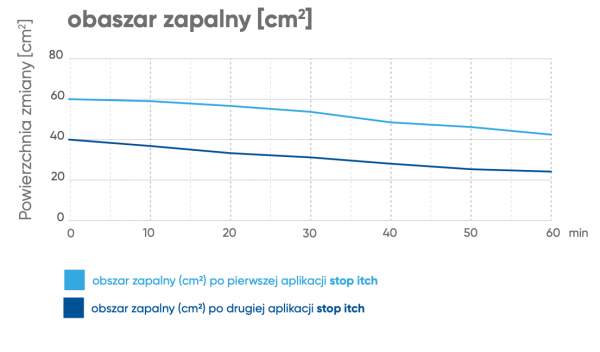 The results showed that stop itch was effective in reducing severe inflammation by 58%. 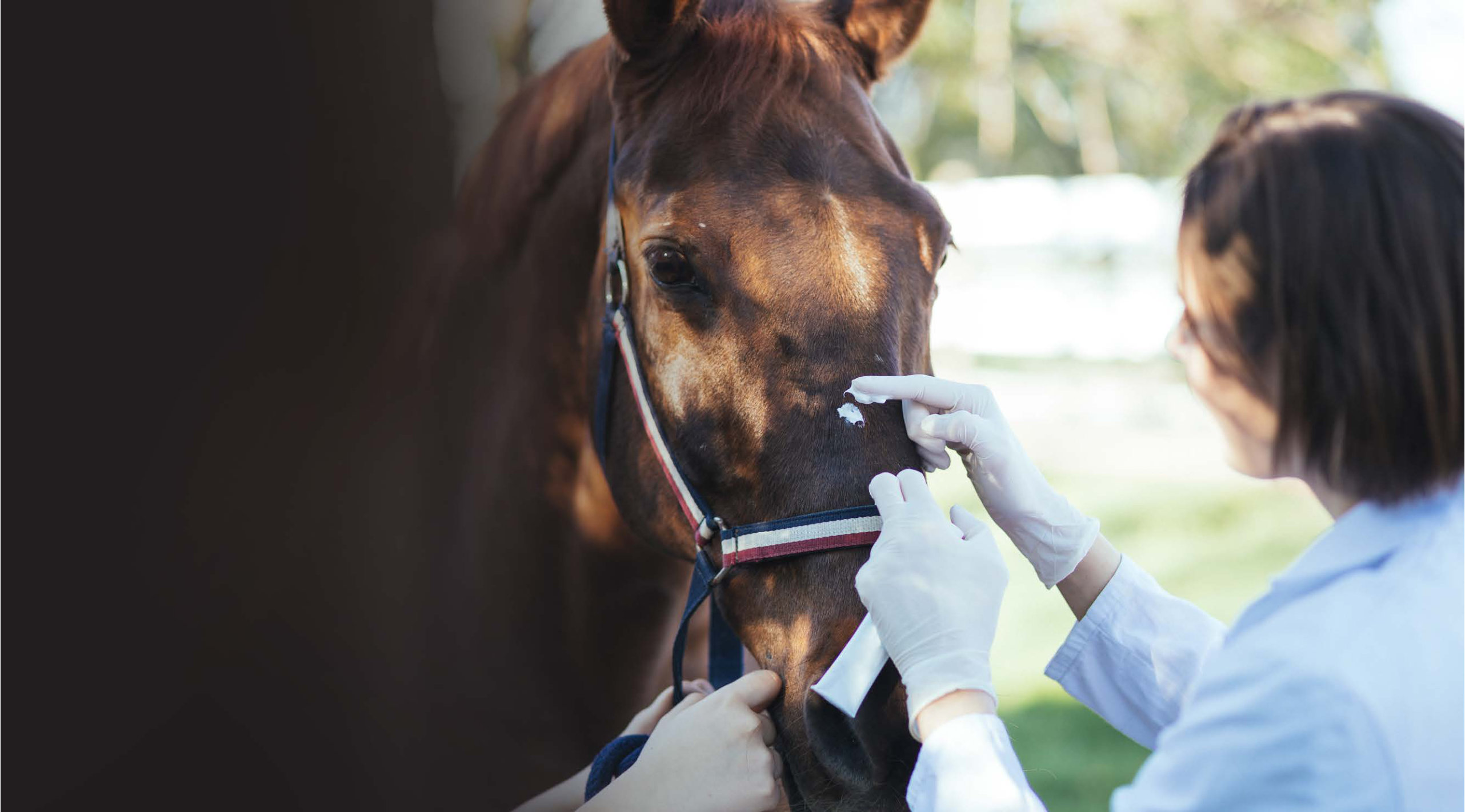